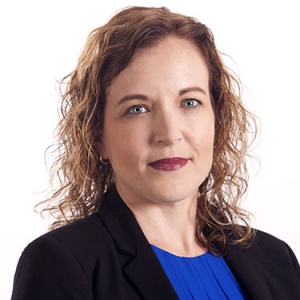 Anne M. Layne, CPA/CFF, CFE, CAMS  joined The McHard Firm as Senior Manager in 2015 and was promoted to Partner in 2017.  She has more than 15 years of experience in accounting, with the last 8 years focused on forensic accounting and litigation support. Upon entering the accounting field, Ms. Layne spent several years performing audits and consulting engagements for tribal governments, tribal entities, state and local governments, and non-profit organizations. As her exposure to accounting grew, she developed a passion for fraud examinations.  She began her fraud examination work as a forensic accountant for the New Mexico Securities Division, where she performed investigations related to accusations of securities fraud at the local, state and federal levels.  Later, she took her passion to investigate to McHard Accounting Consulting.  With her detailed work and strong work ethic, she has produced fraud examinations and analysis, which have provided an opportunity to testify and be qualified as an expert in both state and federal jurisdictions.

In addition to her impressive professional work experience, Ms. Layne has developed personally through education and important volunteer work.  Ms. Layne holds a Bachelor of Science in Business – Accounting from University of Phoenix, an M.B.A. from Arizona State University and a Master of Criminal Justice from New Mexico State University. She is the Director of Education for the New Mexico Chapter of the ACFE and is the past the Treasurer and Vice-President of the Chapter. As a former board member of the Young Professionals Association of Albuquerque, Ms. Layne mentored and helped our next generation of professionals build meaningful professional relationships, navigate the working place and contribute to their community. As the President of the Children’s Grief Center of New Mexico Board, Ms. Layne helps the organization provide valuable services to children of our communities who suffer the death of a loved one, at no cost to the family.  Ms. Layne’s work in the community demonstrates her enthusiasm for serving others meaningfully.  Although she has moved on from some of her leadership roles, she continues to provide a positive impact to those she served.